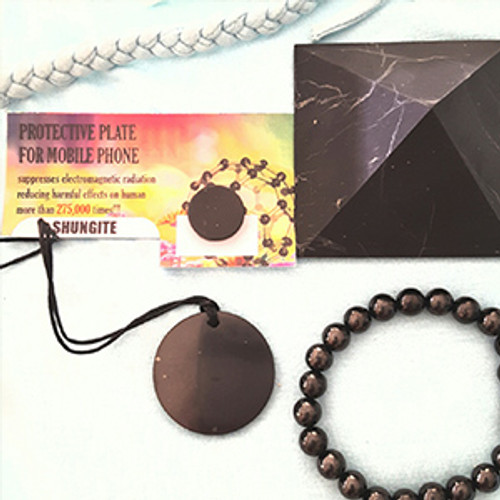 The term "Shungite" also called a stone was originally used in 1879 to describe a mineraloid with more than 98 percent carbon. More recently the term has also been used to describe Shungite-bearing rocks, leading to some confusion. Shungite looks like coal or a metallic black color. Shungite-bearing rocks have also been classified purely on their carbon content, with Shungite-1 having a carbon content in the range 98-100 weight percent

The main deposit is in the Lake Onega area of Karelia, at Zazhoginskoye, near Shunga, with another occurrence at Vozhmozero. Two other much smaller occurrences have been reported in Russia, one in Kamchatka in volcanic rocks and the other formed by the burning of spoil from a coal mine at high temperature in Chelyabinsk. Other occurrences have been described from Austria, India, Democratic Republic of Congo and Kazakhstan.

Shungite has been used in medical treatments since the early 18th century. Peter the Great set up Russia's first spa in Karelia to make use of the water purifying properties of Shungite, which he had himself experienced. He also instigated its use in providing purified water for the Russian army. The anti-bacterial properties of Shungite have been confirmed by modern testing. People protect themselves from Negative elecatromagnetic and ration by wearing or holding shungite items such as necklaces, rings, bracelets and cell phone protectors. All shungite forms can be used to  reduce negative vibrations for your aura and your space at home. Share one with a family member or friend to day, especially if they are working with computers!

The Crystal of the Month Club ! FREE Shipping!